Couple of weeks ago I wrote about thinking to move my blog to Wordpress. Since then, I've used Wordpress1 in conjunction with my static blog, and published posts to both sites. This experiment helped me to reaffirm the pros and cons of using Wordpress, especially the part about concentrating on writing rather than site administration. During those two weeks I posted more, and became comfortable working with, and in, Wordpress.

When I realized that I started to publish first to my dummy Wordpress blog, and then reluctantly to my static blog, I made the decision to switch. Yesterday I completed the migration.

Following is the checklist I've used to manage the migration. It helped me going through the process with no downtime, and no prodissues :-)

Decide between hosted an self-hosted

Initially I wanted to keep it as simple as possible, by paying for the basic plan on Wordpress.com. I wanted to avoid technical setup. Eventually, though, I went the self-hosting route for one simple reason - I wanted to keep the same URL format I had with the static site, but Worpress.com doesn't let you define the permalink format.

There are tons of comparisons between every possible hosting provider, enough to get me confused about the pricing and the different features. Since my site is small and simple, and without a lot of traffic, I decided to take the economical route, and go with a shared hosting service. I then narrowed the list to Godaddy and Bluehost, and finally decided on Bluehost2, mainly because it's endorsed by Wordpress.

Wordpress famous claim for 5 minute installation isn't a cliche. I just had to follow this guide.

Import all of my posts to the local install

My plan to export and import an RSS feed from my static blog to Wordpress didn't work. WordPress RSS importer didn't recognize my Pelican generated RSS feed, so I had to spend some time researching for an alternative.

My posts are written in one of two formats - markdown or org-mode. Migrating the org-mode based posts was easy, using Emacs' org2blog package. Pushing the markdown files was a little trickier. Eventually, with the help of this stack-overflow answer, I converted those markdown posts into org-mode, using pandoc. I had to make a little bit of cleaning3 to the output, but overall that process wasn't too complicated.

Now that I had my local installation of Wordpress up and running with all my posts, it was time to set Wordpress on Bluehost.

Logging-in to my Bluehost panel for the first time was intimidating. The endless list of tools got me thinking that I might end up doing even more site administration work than I did before. I hoped, though, that this will be the case only during the initial setup4, and that I will not have to log in to that panel again after I deploy my site. 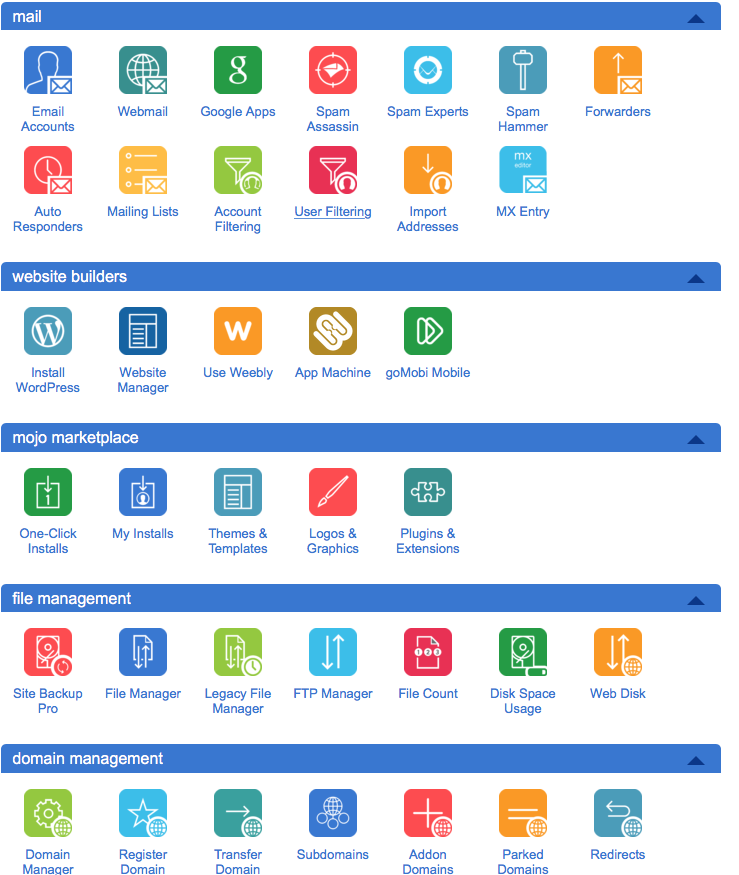 Figure 2: The cPanel - lots of tools, though I had to use only few to get my site live

Connect to WP with a temporary URL

When I signed up with Bluehost, I got an email with a list of temporal IPs and ftp configuration. This way I could set up my Wordpress blog before having to point my domain to it. At first, I wasn't able to access my temporary URL, even after reading this detailed article. It probably took time for the URL to be activated and link to my account, because I was able to access it eventually (after couple of hours) without doing anything special.

The first thing I've noticed when logging in to my fresh self-hosted Wordpress was this gaudy green icon - the Mojo market place. I didn't know what Mojo is, and didn't care to know. I just wanted it out of my dashboard. Googling it, I found that it's just a plugin that can be removed. Removed it I had 5.

With a little hand holding from the Bluehost support team, I was able to connect to my temporary URL via ftp. Here's the FileZilla configuration I had to set: 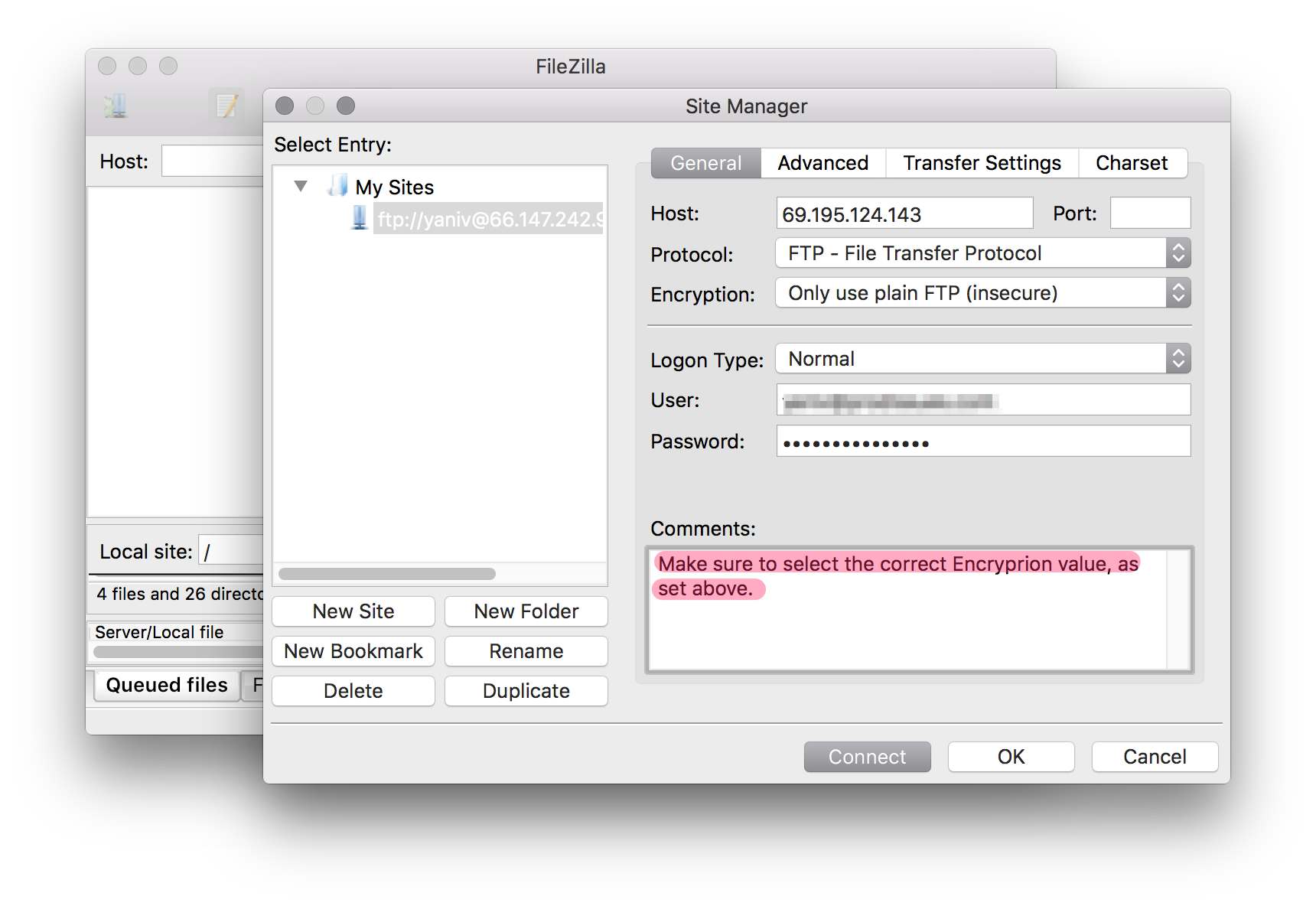 FTP connection will be useful later on, when I'll need to push my local environment and database to production.

Back to my localhost Wordpress, I need to chose a theme, and get ready to push everything to Bluehost. Here's the list of themes I liked:

Import the local installation to the hosting service

I used Bluehost's excellent guide for that. At first, I messed things up by not following it step-by-step - I pushed my local database before copying my local Wordpress installation and overriding that on the host. As a result I had to run the Wordpress installation on Bluehost again. Not a big deal, but a reminder about the complexity behind the scene...

My blog is up and running on a temporary URL. This post for example was accessible with the following URL (not anymore, though):

I now had to make sure that my URLs are formatted correctly. That was easily done within the wp-admin. The setting is under setting->permalink. 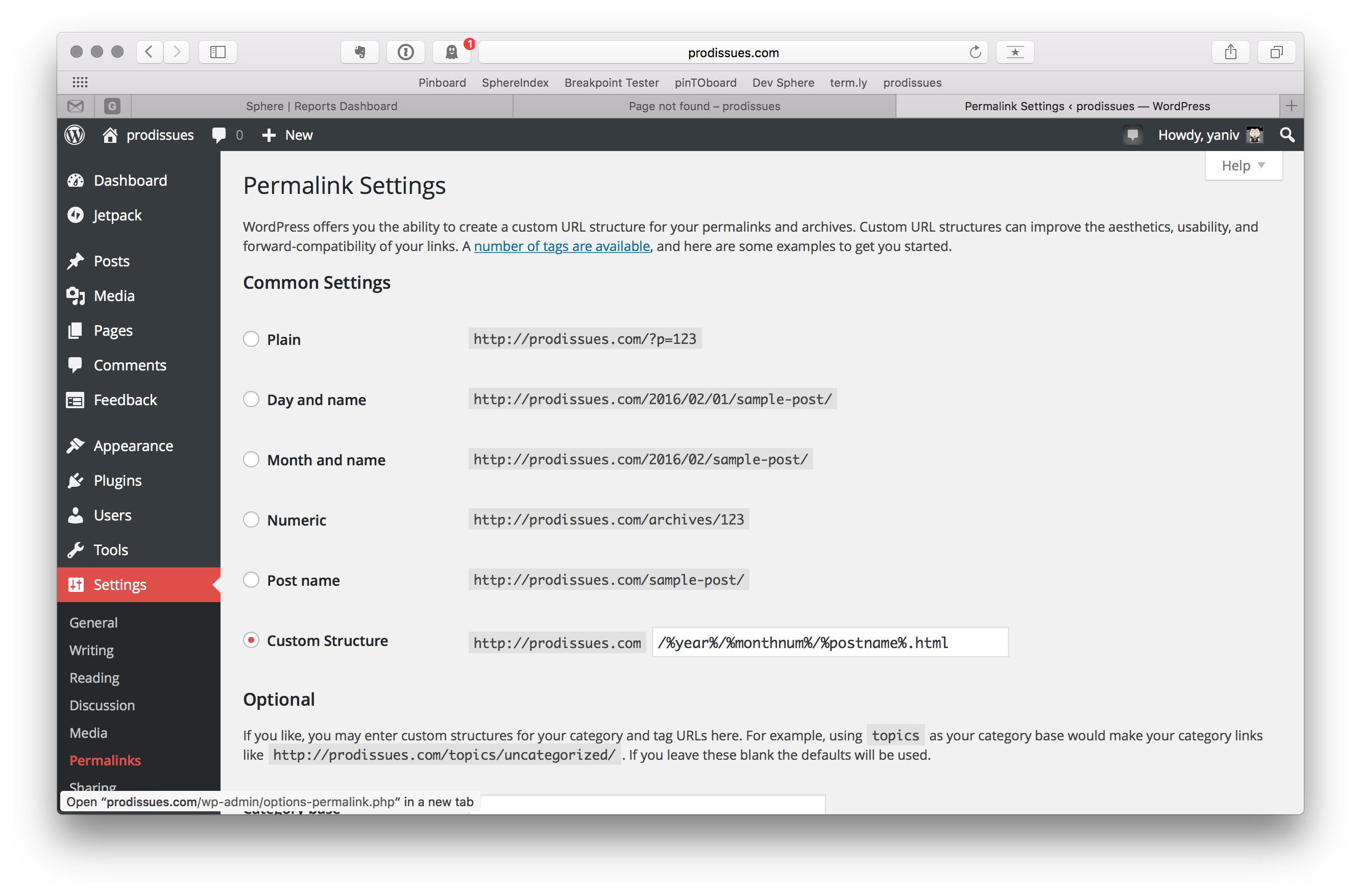 Now I had to make sure that when I switch to Wordpress, all of my existing posts will maintain the same URL. So, I run through a sample of posts, replaced the temporary part of the URL (the http://69.195.124.143/~prodissu/ in the example above), which led to the Wordpress installation, with my domain name. Doing so I've expected to land on the same post on my static, and still live, site. When I made sure this is the case, I was ready for the final part - the cut-off.

Figure how to transfer my domain

My domain registrar is Godaddy, and my static site was running on AWS S3. To move my domain to link to Bluehost instead of AWS, I had to change the configuration of the nameservers on Godaddy. Here's a guide for how to do that.

One small consideration at that point - I have a bucket on S3 dedicated to all the media file I use in posts. I wanted to keep this bucket and not move those media files into the Wordpress database. Just in case I change my mind again, and decide to switch back to static blog at some point. I also kind of wanted to keep that neat workflow I created to upload media files to S3...

To maintain that bucket and sub-domain, I had to define a CNAME, now on the Bluehost console.

With that, my site is up and running on Wordpress. Hooray!

There's only one open task left:

I exported the comments from disqus, but didn't find a way to import them into Wordpress.