iPhone X - Not Yet

I received the long awaited email - the iPhone X is available for pre-order! It’s time to replace my old iPhone 6. Or is it…? I was about to pre-order, but decided to wait.

Since reading the book Deep Work I’m on a “distraction diet”. It means that, among other things, I use my phone only when I truly need to. Apple says that on average we unlock our phones 80 times a day. I probably unlocked mine twice as many time before, but do much less now. It turns out I don't need my phone that often. Here’s what I do use it for:

Not much use, and it definitely not warrants a 1099/$ new phone.

But the truth is my phone doesn’t work great. I mean, it looks new, but doesn’t function as one. I'm using iOS 11, which apparently doesn’t play well with iPhone 6. My phone is slow. It hangs and lags frequently, mainly when I open iMessage or the camera app. It also has some serious battery issues. I might say that I have more than 50% battery, but a second later the battery drops to 13%. Another minute and my phone shuts off. Moreover, to make it through the day, I need to charge it at least twice.

And yet, I’m reluctant to give up on it. I don’t like the conditioning of buying a new iPhone just because mine is 2 years old, and want out of the Apple marketing machine. More importantly, I don’t want to risk my “distraction diet”.

So, I’m making an attempt to revive my iPhone. My strategy:

I’m going to remove every app I don't use on a daily basis. I will keep “rescue” apps, which I don’t use often but rely on in case of emergency. For example Uber.

If removing apps won’t get my phone to better behave, I’m going to do a hard reset. That will downgrade me to iOS 10 (or even 9), which I hope will be more usable.

I acted on step 1, and removed most of the apps I had on my phone. It looks slimmer, but will it also act that way? Here's the before and after of my home screen: 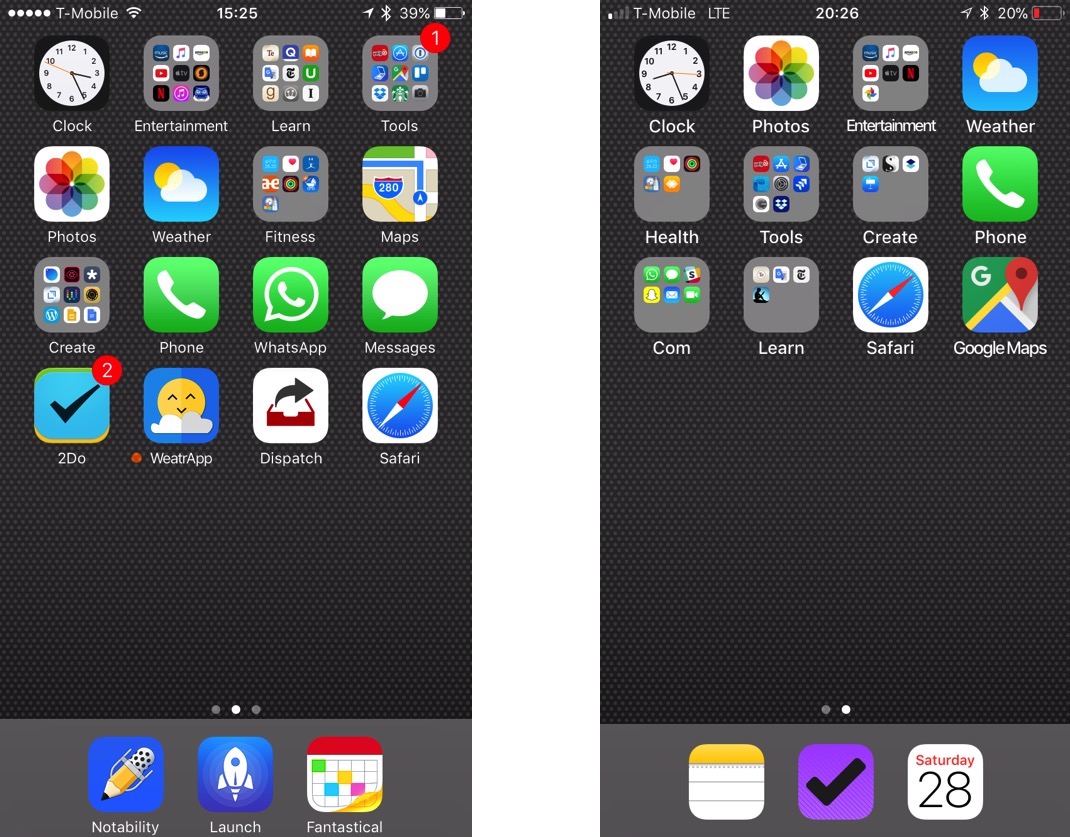 Feel free to make other suggestion in the comments. I’ll update this post with more findings, on performance, battery and next steps.