Couple of months ago1 I started to use Emacs as my secondary email client; the primary one remains Gmail's web interface. Bringing my Gmail account to Emacs wasn't as smooth sail as I hoped it to be, but I'm happy with the results so far.

Why use Emacs for emails?

I went back and forth between mu4e and gnus, and finally took Dhavan Vaidya's advice to pick one and just move on with it. Unlike him, though, I chose mu4e, mainly because its focus on search.

So here we go - implementing mu4e in Emacs. For a quick and dirty checklist, follow the first part, which summaries the steps to get mu4e working. If you're more of an FPS person, and interested in the details, read through the second part, which journals my steps as well as the errors I encountered and their fixes.

Note: The Mu4e official manual is great, as long as everything works flawlessly. In my case, though, I run through every problem and error possible. So if you want to install mu4e, I recommend you'll start with the manual. If you get stuck, or encounter a problem, you might find the solution here.

According to the manual, mu4e is only a client, or an interface to my emails, and does non of the fetching, storing, editing or sending them on its own.

This leaves mu4e to concentrate on what it does best: quickly finding the mails you are looking for, and handle them as efficiently as possible.

Mu4e should, therefore, be complemented with the other components to work. My hope is that installing all those packages won't be too big of a hassle... And with that, let's move on to the installation checklist.

The mu4e manual is thorough and informative, but I'm not sure how to install mu and make it available in Emacs. I also don't understand what I should use to manage the IMAP repository for me. I'm getting confused...

Searching for unofficial documentation, or a blog post for some extra hand holding, I find this one by Jean-Paul. It turned out that I should install offlineimap from brew, as well as SQLite, which will store messages' states:

This sslcacertfile line I got from stack-overflow, after getting an error when trying to load offlineimap.

Offlineimap still refuses to load. Apparently the folder specified in sslcacertfile doesn't exist in my computer, and offlineimap can't connect to my Gmail account. More research, and I finally find this helpful, "How can I use sslcertfile", article. Here's the gist of it:

Offlineimap is finally working, and downloading my emails.

Waiting... I have 45977 messages to sync, so it's going to take some time. I'll do other stuff in the meantime.

Damn! In my stupidity I closed the lid of my laptop, and when opened it again found that the offilneimap sync process hangs. I kill it, and try to run it again. I can't - another error. The fix - delete the Gmail.lock file:

While my repository is syncing, I switch to configure mu and mu4e.

First, I clone the mu repository and install libtool (I have no idea what it does, just that it's required for building mu)

Once the offlineimap process ends, I run mu to index my emails, which located at the /Maildir folder, as defined in the ~/.offlineimaprc file.

Now I have to setup mu4e (mu for Emacs, I assume...). In my config file, I add the following settings, taken almost as-is from mu4e manual:

Note that I had to add the first two lines, because without them Emacs doesn't know about mu4e, and about where to find the mu executable. I know it because I tried evaluating the config many times time, without mu4e loading... 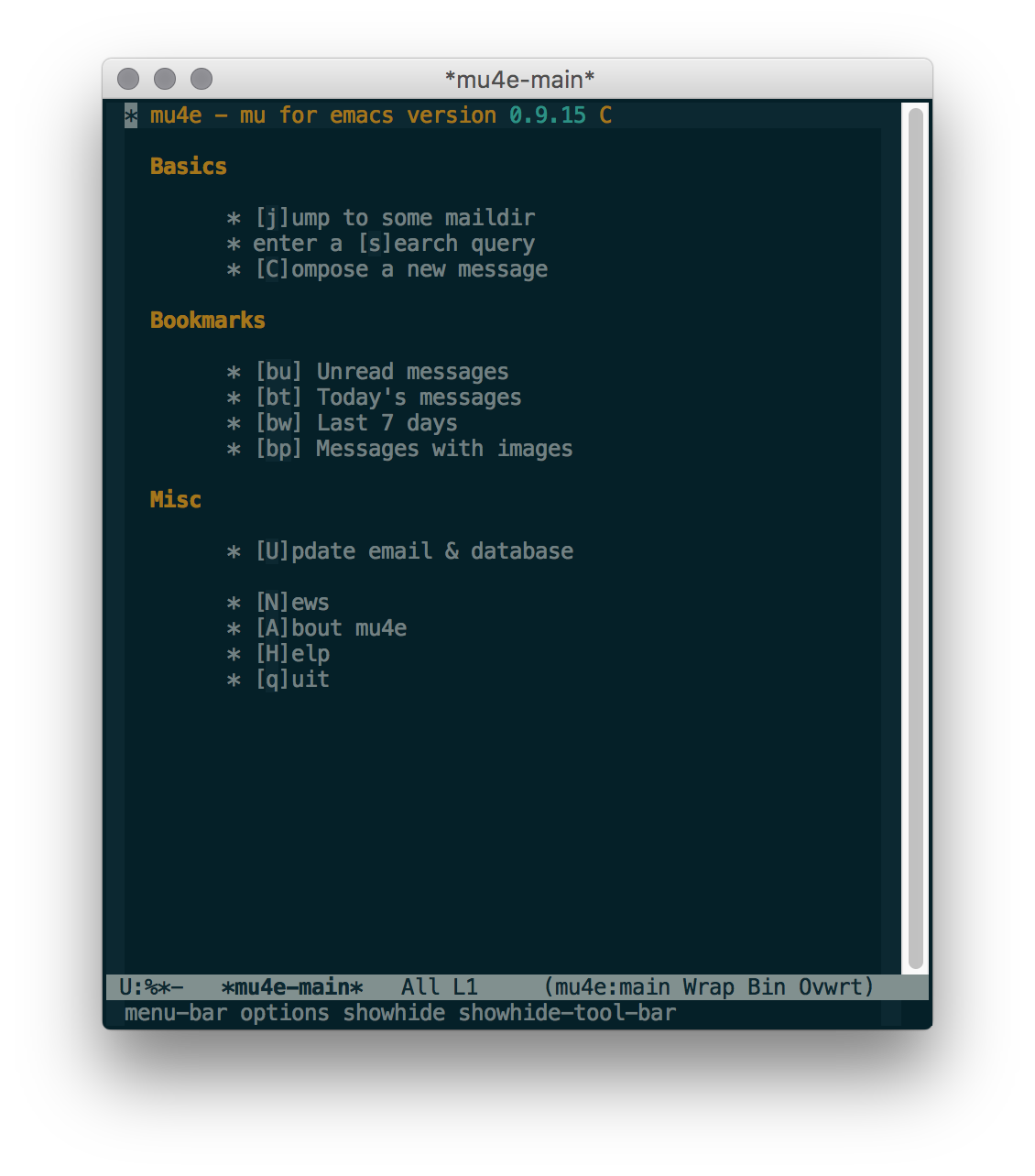 Now that I have all my emails in Emacs, I'll start learning the ins-and-outs of mu4e, and customize it further.

Couple of weeks ago, Gmail asked that I change my password, due to a suspicious login attempt to my account. I did, and updated the password in my .offlineimaprc file. But since then, although incoming emails worked fine, I was unable to send emails from mu4e, and kept getting this error message:

I spent days trying to sort this problem out. I went through Google's detailed checklist numerous times, read and posted in Google's support forum, looked in stack-overflow, but found nothing to help me solve that error.

Finally, I found an EmacWiki's article about sending mail in Emacs. It mentions the $(HOME)/.authinfo file and I suspected it had something to do with the problem I had... I opened this file, and lo and behold... it had my Gmail credentials, including my old password in it. I updated the password and now I can use mu4e to send emails again.